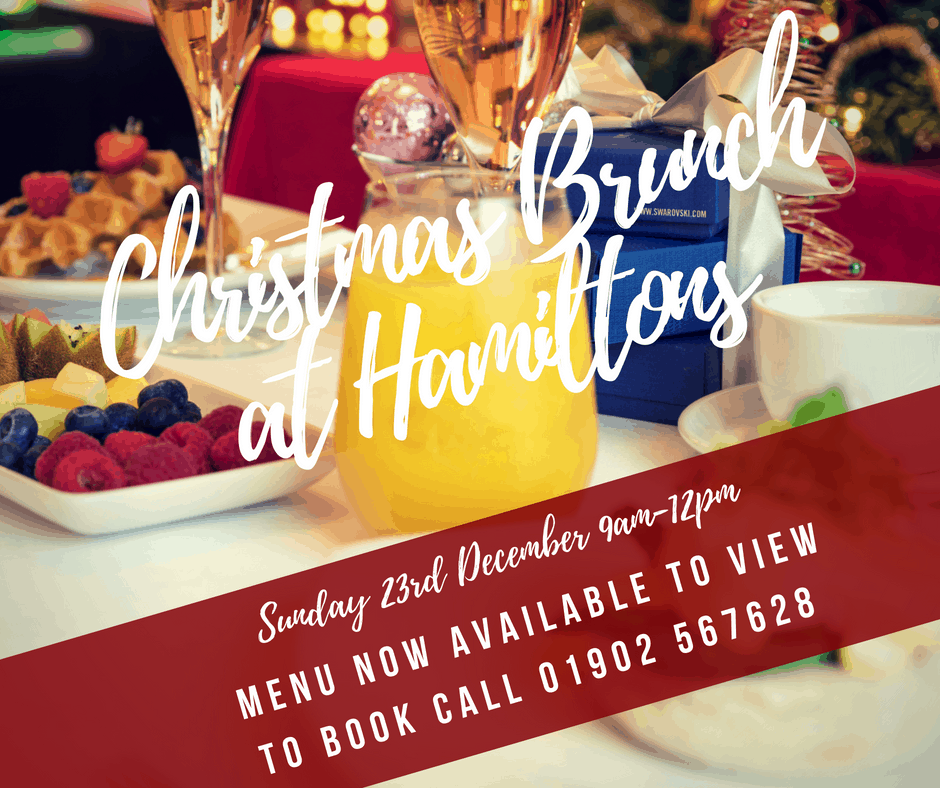 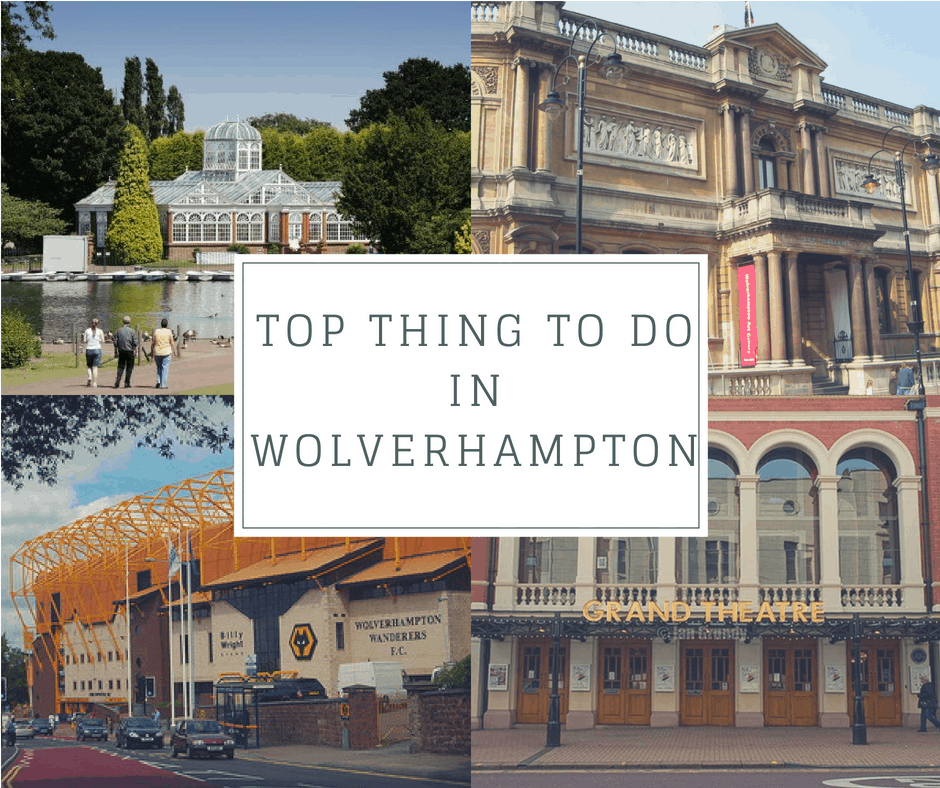 Top things to do in Wolverhampton

Wolverhampton is one of the four Metropolitan Boroughs within the West Midlands, this city is full of vibrant history, local attractions, rich in different cuisine and bars to make the perfect day and night out on the town. Initially known as a market town, we fast became a major centre in the industrial revolution for coal mining, steel production, lock-making and the manufacture of cars and motorcycles.

Beyond the history and economy, Wolverhampton is benefiting from multiple projects and investments both completed and ongoing. Projects such as the move of the new city centre market from Market Square to Southside, fronting Cleveland Street will benefit from a boost in footfall from its proximity to the Wulfrun Centre, bus and rail stations, Wolverhampton Interchange and official agreements being signed for ‘Wolverhampton Westside’

There are lots of things to do and see around Wolverhampton and to help you along we have listed our top things to do:

–Wolves FC Museum is a fun-packed football experience for all the family, young or old. You don’t have to be a part of the Molineux faithful to enjoy the only dedicated football museum in the Midlands. This unique visitor attraction is based on four specially designed zones: An interactive Games Zone, History Zone, Club Zone and the Club’s very special Hall of Fame.

–Bank’s Brewery Tour – If you’re partial to a real ale or two, Banks’s Park Brewery will demonstrate the best of the vibrant brewing scene in Wolverhampton.Open from Tuesday to Saturday every week anyone who is curious as to how Banks’s makes its popular beers can go on a brewery tour. You’ll discover the 100% natural ingredients they use and find out how the brewing process works, from mashing to fermentation and there’s even a free drink at the end of the tour to cap off one of the favourite tours in Wolverhampton.

–Grand Theatre is a long established theatre in the heart of the Midlands. It receives a wide range of major touring productions including drama, musicals, ballet, dance, opera, variety, concerts, children’s shows and one of the   biggest pantomimes in the UK, with audiences from across the region and beyond taking advantage of excellent transport links to the town. Admired by performers and audiences alike for its intimate three-tiered Victorian auditorium, the Grand celebrated its 120th anniversary in December 2014.

–Wolverhampton Art Gallery is a long established theatre in the heart of the Midlands. It receives a wide range of major touring productions including drama,    musicals, ballet, dance, opera, variety, concerts, children’s shows and one of the   biggest pantomimes in the UK, with audiences from across the region and beyond taking advantage of excellent transport links to the town. Admired by performers and audiences alike for its intimate three-tiered Victorian auditorium, the Grand celebrated its 120th anniversary in December 2014.

–West Park is considered to be one of the best unspoilt examples of a Victorian Park. It was one of the best in the country to set a trend for the provision of areas for specific sporting activities. With tennis courts, picnics areas, a bowling green and children’s play area, visitors can also enjoy the boating lake and visit the Victorian Conservatory.  West Park is Ideal for runners, with its 1 mile track around the park.

–Black Country Living Museum is an open-air museum of rebuilt historic buildings in Dudley within the West Midlands. It is located in the centre of the Black Country, 10 miles west of Birmingham.This fantastic museum offers you a glimpse into 200 years of History, set in a landscape of 26 acres, it is one of the most extraordinary open-air museums in the UK. It’s suitable for everyone of all ages and it is both educational and fun for the family Also, yYou may well be walking on the set of one of your favourite films or TV series.

–Wightwick Manor is a Victorian manor house located on Wightwick Bank. It is one of only a few surviving examples of a house built and furnished under the influence of the Arts and Crafts movement, so take a step back in time and visit the ever-changing family home that’s also the world’s most beautiful art gallery.

–Moseley Old Hall located in Staffordshire is a 17th century home most famed for hiding King Charles II from Cromwell’s army and aiding his escape to France following the defeat at the Battle of Worcester in 1651. You’ll be able to see all the original interior, where the King slept and the hole in which he hid, see the beautiful gardens, plants and orchard on the grounds. Afterwards treat yourself in our very popular tea-room, with homemade cakes and biscuits or a light lunch. There are lots of events, activities and demonstrations for all the family on a fun day out.

–Bantock House Museum & Park is a superb example of Wolverhampton’s historical wealth. Visitors are invited to explore the life of the Bantock Family. It is a great place to wander around and soak up the Arts and Crafts movement which influenced much of its interior design, as well as local history exhibitions.

As you can see we have proven that there is lots of things to see and do in Wolverhampton, we hope we have inspired you to come and book with us to see for yourselves what a top place Wolverhampton is!

Thank you for reading,

Luckily Hamiltons Restaurant offers it all. From a small office lunch for 2-4 or a whole exclusive hire package with accommodation and dinner.

Our Christmas Lunch and Dinners

This year we have a new Christmas Menu available with all the traditional Christmas cuisine but with a modern twist, our chefs have been working hard on our new and improved menu

Looking for a luxury Hotel in Wolverhampton City Centre for your exclusive works Christmas party this year? Look no further. A Park View Hotel offers 21 spacious guest rooms featuring an exceptional combination of style and comfort, making them ideal for both business and leisure guests. Here at A Park View Hotel and Hamiltons Restaurant you can book out the whole hotel and restaurant no need to worry about getting yourselves home after a night of celebrations or having to clean up the morning after, let us worry about that and host your exclusive works party!

45 seats in our restaurant

*For double occupancy within our rooms it is an extra £10 per person, all our rooms include a double bed and we have twin rooms available upon request.

We have a maximum of 45 guests for evening meal and we would require all guests within the party to have a 6:30pm arrival in order to have time for drinks and have a chat with colleagues and friends before the evening begins and a 7:30pm sit down so that you and your guests can enjoy the evening at your own pace before carriages at 11pm.

What better way to kick off Christmas week than to get all the family together relax and enjoy a breakfast lunch with some classic cocktails or a selection of teas and coffees to wash it all down with. Plus there’s no need to worry about the washing up, you can relax and enjoy our famous full English breakfasts, eggs Benedict or even some yummy pancakes with a topping of your choice and plenty more options to choose from.

If you would like to enquire about our Christmas Menu, Festive Afternoon Tea, Christmas Brunch or our Exclusive Corporate Hire Parties, please give one of our team a call 01902 567628 or email enquiries@aparkviewhotel.co.uk.

We use cookies to ensure that we give you the best experience on our website. OkRead more